The healing effects of chicken juice have also been studied in the laboratory.

In times of viruses, many swear by a dish of homemade chicken soup. And what is in it? Laboratory tests show that there may be an anti-inflammatory effect, which is not enough for a scientific conclusion. Not all soups are the same, there is no universal recipe, which does not mean it will not help us.

Otherwise, some of the healing effects of chicken broth have also been studied in the laboratory. It has been found to have anti-inflammatory effects that can relieve the symptoms of our upper respiratory tract infections.

The study, published in the medical journal Chest, focused on the movement of neutrophils, which are a special type of white blood cell. As is well known, innate immunity is represented by cells, including neutrophils, which have specific receptors on the surface and inside, by which they recognize foreign substances from the environment (antigens) that invade the body and can be harmful.

Soup according to the recipe of the researcher’s grandmother

Stephen Rennard, a researcher at the University Clinical Center of Nebraska in Omaha, analyzed the soup according to his grandmother’s recipe. In addition to chicken, he added onions, sweet potatoes, parsley, turnips, carrots, celery, parsley, salt and pepper to the water. He studied the movement of neutrophils, the white blood cells in the blood that protect the body from infections, and determined whether chicken broth would block or reduce the movement of neutrophils. Scientists predict that reduced exercise may facilitate activity in the upper respiratory tract, which causes cold-like symptoms. “There is a substance in chicken broth that can affect cells in the body, which can have medical effects, although we have not proven these effects in detail. explained Rennard, who was also the lead author of the study in question.

The results of another study, four decades ago, showed that the aromas, spices and warmth of chicken soup cleanse the sinuses and airways: “It’s a study we did 40 years ago in Miami Beach. There are a lot of Jews living there who believe in chicken soup.” study author and pulmonologist explained to CNN Kiumars Saketkhoo: “They call it ‘Jewish penicillin’ because it clears the airways.” he added. 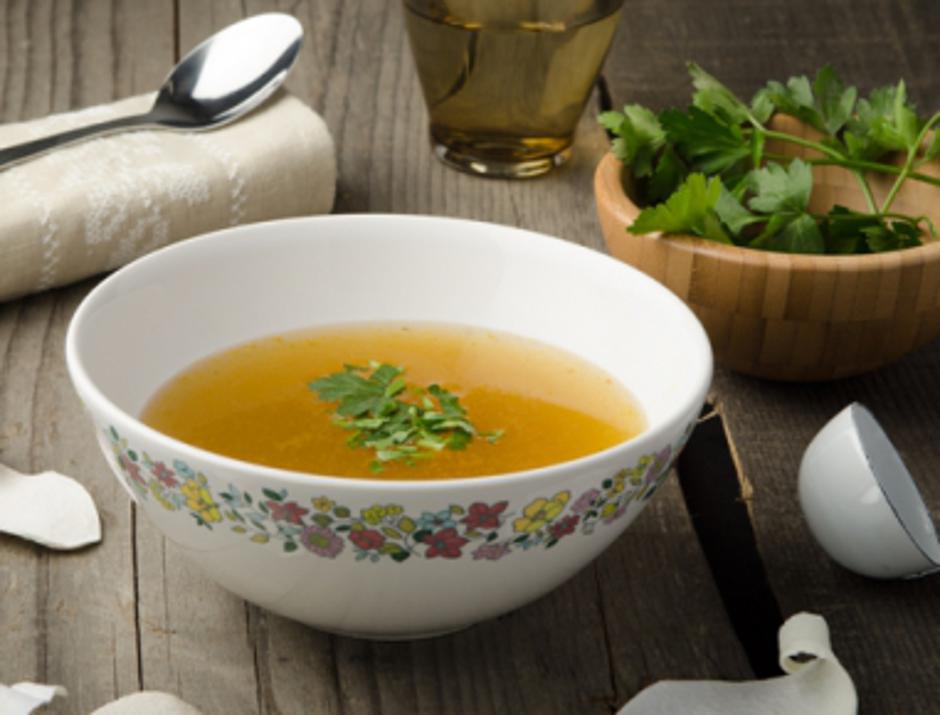 
In this old study, researchers inserted particles that mimic the effects of bacteria or viruses in the noses of 15 of these healthy volunteers. Prior to this, the particles were exposed to cold or hot water or chicken broth.

Hot fluid is best stimulated by the mucociliary transport system, which helps cleanse the upper and lower airways and allows the body to rid itself of particles and infections.

There is no real proof, though …

Inflammation of the paranasal sinuses causes swelling of the mucosa and impedes the flow of mucus, blocks the drainage channels of the sinuses, so that mucus begins to accumulate in an enclosed space. As is well known, the milder forms of sinusitis are also treated with hot baths. “Rapid airway improvement reduces the risk of infection, but also helps to overcome an existing infection.” explains the expert. He adds that the hot liquid helps to warm the lower part of the throat, which improves the symptoms.

“The study also showed that there is something in chicken soup that works. the pulmonologist added, noting that his study also does not provide medical claims or conclusions. However, scientists agree that chicken soup, especially home-made, is also healthy due to its high nutritional values ​​and thus helps patients who have problems with poor appetite.