Vojka Cijan she is at her home in Vrtojbë, a cook with a heart, not a profession, and any recipe that comes into play should be for the whole family. Does she buy flour and oil in stock?

Dear old acquaintance. We visited Vojko a little less than five years ago, during a tour with readers who provided us with good recipes. What a happy and warm home this is. A family that knows how to live and enjoy happily, without special wealth, which we sometimes understand as a necessary condition for a beautiful life.

Now she is happy with the thought of ordering a new kitchen. She hopes to finally succeed at Camino, perhaps for the second year in a row, but she started writing a cooking blog (Sugar and Salt). A big wish now that he is retired: to write his own cookbook. She has countless recipes for her cooking and adaptations from about three hundred cookbooks she has collected and Italian cooking magazines with which she is addicted.

There will never be just one recipe: a universal recipe for a happy and contented life that would benefit everyone. But a simple conversation, can be a twenty minute coffee, through the lines reveals many suggestions on how to lead the family to “pass”.

And what is even more important: the listener gets an optimistic feeling that we have already gone through a lot of things and that it is in human nature to always find ourselves somehow.

“I always look for something new when I cook, but always with my family in mind. My husband Darj and I have two daughters, one has a job that also requires night tours, the other comes home after four or five in the afternoon. My husband and I cook, put it in the cupboard and take it to them – so we save the youngsters lunch at least a few times a week. But it is interesting: when we ask them what to cook, they usually say: a little soup, minestrone or goulash. They make their own steaks, but they miss the potatoes. The last time I asked my older nephew what to cook, I got a similar answer: that minestrone with corn. With you we would call it ricette, and with us ješpranka, I add new corn. “I think people may not even be aware that such home-made food is because it means a lot to young people – they often do not have time to deal with dishes that have been cooked for a long time,” says Vojka.

Is not this the first big optimistic thought? Simple, home-made, inexpensive dishes that are cooked in a shared pot for the whole family, even if there are so many – this is the most economical way, which is not only healthier, but also more enjoyable. “When we cook soup, we take a very big pot, then my husband and I divide it into pieces and distribute it: for the family of the two girls, and sometimes I cook something for my mother. “He is 86 years old.”

Savings and savings: not flour and oil, but…

Now that she is retired, she has time to look at commercials and buy where she thinks a campaign is really good, says Vojka Cijan. He also has time to go to different stores; when she was still on her way to work, she always stopped at the nearest one because she was in a hurry. When he sees a chicken campaign on leaflets, he calls his daughter to see if she can eat it, with basil and dried tomatoes – and the one closest goes to buy it. Food is what can be saved the most if you need money for something else, says Vojka Cijan. “You can not turn off the lights so much as to save more than a few euros at the end of the month. But with a good and careful purchase of food, you can… «

“The war has affected everyone: the Ukrainians, as well as us here, in peace… Of course, man is concerned. I read that in Ukraine they drank water from radiators because there was no other – I can not imagine how it would feel if you gave him such water e.g. her two-year-old granddaughter. You do not know what will happen to flour and other staple foods. However, I’m not a stock purchase lawyer – many times you throw it away. If I were to make a stock, it would be quite different: not flour and oil, but most of the input, including meat like e.g. tunka. If there was no electricity, you could not help yourself with a chest. You do not spoil in jars for years and years “.

Again, we are interested in what the earth gives us

“Here in Vrtojbë we used to be known for growing vegetables. But fifteen, twenty years ago, many, perhaps even most of the fields were abandoned, I saw walking here. Now it is starting to come back: you can hardly find a patch that has not been processed. Maybe my husband and I will go back to kindergarten. Above in the village we have a piece of land, we cultivated it, but then it worried me more and more that there is no water on the plot. It was the time when we were repairing the house, but my daughters were small and I had a hard time bringing fifty gallons of water to the garden every day to water the salad and tomatoes. “Now, who knows, we are looking at how things will go with the war … Maybe even chickens can come into play,” he thinks.

She is not the only one who thinks so. “My daughter and son-in-law made a beautiful olive grove in Karst, planted seventy olives and surrounded it with a real karst stone wall. They also planted nuts, dates, berries, figs, native vines, a beautiful herb garden, ordered capers, seedlings. “In about a year, two will be a real harvest of home-grown olives.” Young people also see the need for self-sufficiency, both young families have long lines.

Vojka Cijan mentions something else in this regard: neighborhood cooperation. “My husband and I are both from a working class family, but we got some vegetables without a garden – we went to help our neighbors when they were picking potatoes and they were happy to give us a bag. In the village where I spent my childhood, we helped on a chicken farm, hunted chickens, and gave them some to take home, where we then arranged some more and ate meat. But we all had rabbits then because they could be sold well in the market in Italy. At that time, women generally found themselves very much and sold everything in the house: souls to be smuggled, hops, çemaž – the late mother-in-law went to sell bells. A bouquet, a hundred lire. ” The interlocutor mentions an important truth: that it is easier to be in a village in times of crisis than in a city…

So what would this capable family housewife cook if it were really for the nails, if the basic ingredients ran out, or if they were too expensive? “Definitely polenta with a seasonal side dish. Mushrooms, stars in goulash with polenta. And vegetables, eggs, minestrone, potatoes, goulash with potatoes. If there is flour and eggs, there is pasta, you make cottage cheese from milk, and fresh cheese, use them all for sauces… «Some of her recipes, family and convenient, but she contributed and are here.

In the end she thought of something else, because she is excited about the new kitchen: “Both girls convinced me to put asparagus in the wood, tipper, outside the kitchen, because we have not used it for many years. It was this fight that convinced me and I did not withdraw. We never know; What if we were without electricity: the stove will not work, the central one will not work… Mom, I can heat the asparagus, cook a minestrone and it will still be warm. “ 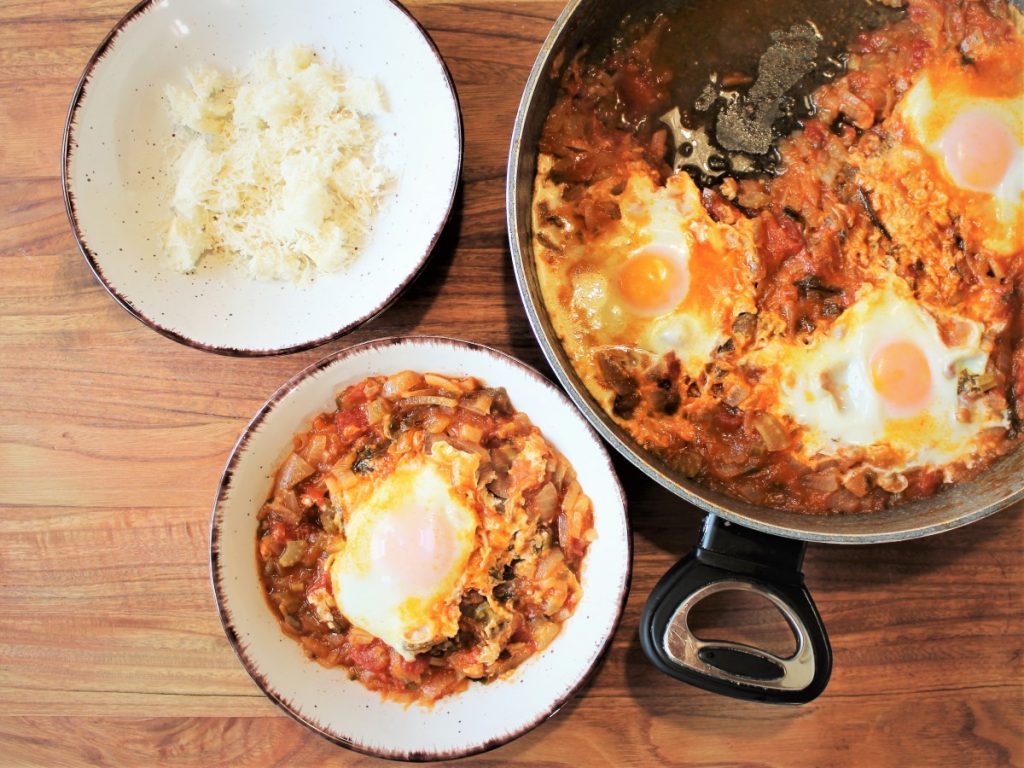 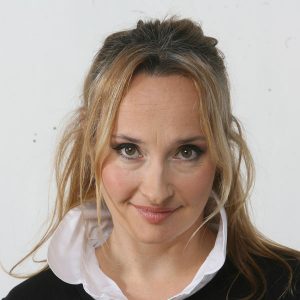